We are pleased to announce that KDDI has entered into a strategic partnership with Sturfee Inc. (Headquartered in California, USA, CEO: Anil Cheriyadat, Sturfee) to jointly plan and develop services that utilize VPS technology, with the aim of creating a new communication scene in the 5G era and addressing spatial computing.

VPS (Visual Positioning Service) is deemed an evolution of the conventional Global Positioning System (Global Positioning System), a technology that matches 3D maps (3D Mesh), which are digital twins in the real world, with images taken through a camera installed in a smartphone or smart glass to identify highly accurate position information, including direction and orientation. Combined with AR (augmented reality), which also utilizes the camera functions of smartphones and smart glasses, it is expected to create a variety of new experiences, including digital signage and navigation linked to location information, as well as advertising, entertainment, art and education.

Sturfee has technology that can generate 3D location fingerprint maps for VPS from satellite imagery that can provide smartphones and wearable visual intelligence to recognize 3D surroundings anywhere in the city instantly. Compared to conventional method, for example 3D model generation using images taken with a smartphone or camera, it can make AR more seamless and more efficient for the entire city and space.

As part of this strategic partnership, KDDI will combine the VPS platform developed by Sturfee with KDDI's own content management server to offer VPS services to prospective customers and support their domestic usage.
Sturfee's technology will be on display at KDDI's corporate event "

Anil Cheriyadat, CEO of Sturfee, says:.
"Smartphones and wearables capable of recognizing and reacting to your surroundings using computer vision and AI will power the next era of communication in XR. VPS service could be a killer 5G service for smartphones and the anticipated large market for smart glasses in Japan. It is a great honor for us to be involved in making next-generation mobile computing happen in this field together with KDDI, one of the world's largest telecommunications companies."

As KDDI works to integrate telecommunications with life design, we will fulfill our role as a company that provides excitement, creating new kinds of communication through XR applications in the 5G era to generate new experiential value. 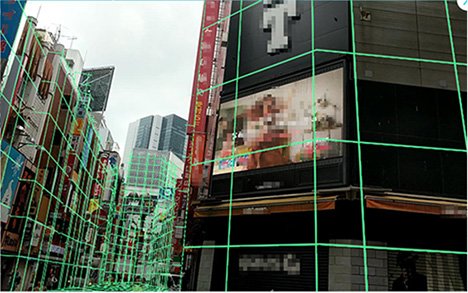